What Happens to Medical Bills When Workers Comp Is Denied?

Home » What Happens to Medical Bills When Workers Comp Is Denied?

A fair warning to workers: If you are injured on the job – and your workers compensation claim is denied – you are responsible for paying the bills for your medical treatment.

That may come as a shock to you, but this shocking news could cost you hundreds, maybe even thousands of dollars.

It’s worth repeating: the worker is responsible for paying all medical treatment and prescriptions, if their workers comp claim is denied.

So, when you sustain what seems like an obvious work-related injury, then go to the emergency room or company doctor expecting workers compensation will cover the treatment, don’t be surprised if you’re the one who gets handed a bill for the services as you walk out the door.

“Cases just like that walk into my office all the time,” said Royce Hoskins, a workers compensation attorney in Roswell, New Mexico. “People don’t realize they’re on the hook to pay for medical treatment when a claim is denied. It’s a mess. It can be cleaned up, but it’s a mess for the workers.”

A worker should get very uncomfortable if either their employer or the employer’s insurance company, doesn’t immediately approve a claim for injury. If your employer suggests you dig into your own pocket to pay the bill and the company will reimburse you or asks you to use your own health insurance to pay the doctors; or it’s been two weeks since you filed the claim and the insurance company hasn’t called … you have a serious problem.

“If it gets to that point,” Hoskins said, “do yourself a favor and call an attorney.”

How to Pay for Medical Bills When Workers Comp Is Denied

There are five obvious options available when a workers compensation claim is denied.

Calling the attorney actually should be listed first because it has the best chance to result in a positive outcome for your case. If you have what you feel is a valid workers comp claim and it gets denied, call a workers compensation attorney and get a free consultation.

What to Do When Workers Comp Is Denied

It is possible, though hardly advisable, for an injured worker, on their own, to dispute a claim that was denied.

The sensible solution is to let an attorney fight the fight for you.

The laws allow workers to represent themselves, but everyone in the system – from judges to insurance lawyers to workers compensation lawyers – strongly advises anyone with a dispute to find an attorney.

Claims are denied for a lot of reasons, including things as simple as not filing the proper paperwork on time. Knowing the basics of the law is not enough if you are trying to get a denied claim overturned. There are depositions that need to be filed; case precedents that need to be cited, and persuasive arguments that need to be made to win a case.

It won’t cost you anything to talk to an attorney to find out whether your case is legitimate, and the workers compensation insurance company should be paying for any treatment.

“Anyone who thinks they can navigate the workers comp system on their own and outsmart the attorney for the other side, is a fool,” Hoskins said. “The consultation is free and I spend most of that consultation sizing a guy up to determine if he’s telling the truth.

What Happens If a Denied Claim Is Overturned?

If a worker wins an appeal for a denied claim, the first thing that happens is any organization that paid for medical treatment while the claim was being disputed, gets reimbursed by the workers compensation insurance agency.

The money to reimburse is part of a workers compensation settlement package.

So, if you used your personal health insurance to pay doctors, hospitals or medical facilities, your insurance carrier will total their bill and subtract that amount from your settlement.

The same is true for Medicare and Medicaid, if they paid bills for your treatment while the claim was being disputed. If you paid the bills out of your own pocket, you also are entitled to reimbursement. 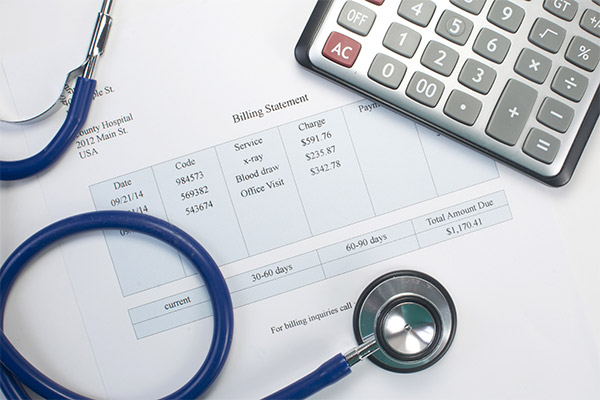