When Does Workmans Comp Start Paying?

If you fall off a tall ladder or get in a car wreck at work, the first question you might have is “Am I still alive?”

If the answer is yes – and we hope it is – the second question is often, “When does workers compensation start paying?”

The short answer is immediately, if you’re talking about medical bills.

When it comes to the regular paychecks you’ll be missing, it’s a little more complicated.

A lot is determined by which state you live in and whether your claim is approved. If it is, you should start receiving compensation checks within a month of the accident.

If your claim is rejected and you appeal, you might start humming Tom Petty’s “The Waiting is the Hardest Part.” The appeal process could take months or even years.

So don’t stress over that $3,900 emergency room bill for treating a broken leg. But if the workers comp doctor says you’ll be out of work for a couple of months, they might want to prescribe a mild sedative as paycheck anxiety sets in.

How Long Does It Take to Get a Workers Comp Check?

You must first file a claim as soon as possible after your injury. Your employer, its insurance company or a state compensation agency will determine whether to approve the claim.

Laws differ from state to state, but in general, the entity hearing the claim must respond within two to four weeks.

In Florida and Pennsylvania, for instance, it’s 21 days. In Texas, it’s 15 days. Some states allow insurance companies to ask for extensions if they need more time to investigate the accident.

Even if your claim is accepted, most states require doctors to certify you are unable to work. Once that’s done, you should start receiving temporary disability (TD) benefits.

As to when you’ll see your first TD check, a lot depends on which state you live in. In general, the wait it two to four weeks after your doctor certifies you are unable to work.

Rules also vary on the amount you will be paid. There are minimum and maximum limits, but in most states you’ll receive two-thirds of your regular paycheck.

What Is the Pay Schedule?

If you were paid monthly, however, you’ll have to adjust. TD checks cannot be paid any less often than twice a month.

Where Do the Checks Come From?

From your employer, an insurance company or the state.

The checks may come from varying sources, but the funding comes from your employer. It pays in premiums to a private insurance company or a state-run insurance program, or it pays directly to workers.

Four states – North Dakota, Wyoming, Ohio and Washington – require employers to buy insurance from the state, not from private insurance companies. In those states, a compensation agency decides whether an injured worker is eligible for benefits.

Regardless of who is administering the program, the benefits you receive are the same.

And there is plenty of money in the system. Employers spend almost $1 billion per week for direct workers compensation costs, according to the U.S. Department of Labor. Those cost include compensation payments, medical bills and legal fees.

This is where it gets tricky and the workers comp lawyers come in.

If your claim is denied, you can accept the decision or file an appeal. The denial letter should explain why your claim was deemed invalid and notify you of the deadline for filing an appeal. It’s usually 30 to 90 days after receiving the letter.

Before you file an appeal, you should contact your employer or its insurance carrier to make sure the determining facts were correct. It doesn’t happen often, but the denial could be based on a misunderstanding or a clerical error.

If the case can’t be easily resolved and you decide to fight on, there is no set time frame for when the appeal will be decided.

It usually takes two to four months, but it can take years for a court to finalize a decision. The appeal process varies by state, but it usually involves a hearing before an administrative law judge.

There may be multiple levels of appeals, waiting periods, paperwork delays and problems scheduling witnesses. All of those will delay a final resolution.

Chances are you’ll never have to travel that long and winding road. Only 7% of workers comp claims are denied, according to the insurance brokerage firm Lockton.

Employers and insurance companies know that appeals often cost more in the long run. According to the Lockton study, the average cost of accepted claims was $10,153. But claims that were originally rejected but later approved cost an average of $15,694.

Where you live also plays a big role in the compensation amount, since states dramatically differ on many work-related issues. For instance, the national average maximum payment for losing an index finger is $11,343, according to the American Public Health Association.

No wonder injured workers sometimes feel like giving the system the finger and hiring a workers comp lawyer.

How to Check Your Claim Status

Your employer or the insurance company should provide you with contact information if you want to check the status of your claim. As with just about everything else in this process, rules vary from state to state.

Federal employees can call an automated system for appeal updates. The toll-free number is 202-693-0040.

If you’re put on hold, don’t be surprised if the next sound you hear is that Tom Petty song. 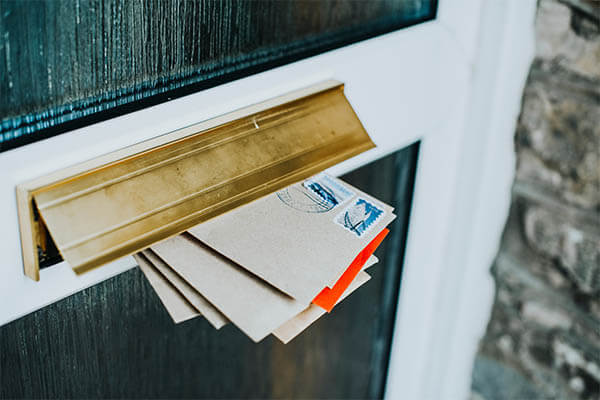