You’ve been injured on the job. You have enough problems without having to worry whether the government is going to take a chunk of your workers compensation pay.

When it comes to how much tax is taken out of workers benefits, there’s a simple answer.

“None,” said Tom Holder, a workers compensation attorney in Atlanta.

At least that’s almost always the case. In fact, the lack of taxes is one of the enticements company lawyers often bring up when negotiating settlement claims with workers.

“We tell the opposing attorney and his client, ‘Guys, this is tax-free money. Take it. Run with it. How long would you have to work to get this if you have to pay taxes?'” said James Kidd, an Orlando-based attorney who represents insurance carriers and employers.

There are unusual cases where the Internal Revenue Service can enter the picture. But in general, you shouldn’t have to worry about the Tax Man if you get hurt on the job.

Do You Have to Pay Taxes on Workers Comp Benefits?

One of the silver linings of a workplace injury is state and federal taxes don’t apply, so there’s no wincing as you look at your pay stub and see where Uncle Sam took 20% or 30% off the top.

It doesn’t matter if your settlement is in a lump sum or structured to pay benefits over a period of time.

In that sense, workers comp is in the same category as income from welfare, compensatory (but not punitive) damages from personal-injury lawsuits or disability benefits from no-fault car insurance settlements.

When Are Workers Comp Benefits Taxable?

SSDI and SSI are disability benefits paid by the Social Security Administration. The main difference between them is SSI is essentially a welfare program for low-income and disabled individuals who have never or have rarely worked.

SSDI is for workers who have paid Social Security payroll taxes for a certain amount of time (usually five to 10 years). They can no longer work due to a physical or mental impairment.

It’s relatively rare for those to get taxed, but it can happen if an injured worker receives both workers comp and SSI or SSDI benefits.

Injured workers sometimes return to the job on a limited basis. The limits are time spent and the effort required.

“Light duty can be looked at two ways,” Holder said. “One is in terms of the type of work, and the amount of time you work.”

Or a TV reporter could sprain her wrist putting on makeup. The employer could cut her workload from 40 hours to 20 hours a week until she recovers.

Whether the time or the effort is cut, the employee’s wages are cut. But they are still wages. And wages are subject to the usual payroll taxes and other deductions like health insurance and union dues.

There is a caveat, however.

If your employer provides light-duty work but pays you less, under workers compensation you would be entitled to temporary partial disability (TPD) benefits. Your light-duty wages would be taxable, but your TPD benefits would not.

Figuring out the tax process for SSI or SSDI can be a little, well, taxing. Thankfully, it’s not something the vast majority of injured workers will ever have to deal with.

That’s because most people who receive Social Security and workers comp benefits don’t make enough to owe federal taxes. So even if part of their benefits is taxable, it’s unlikely they would owe anything to the IRS.

Without getting too technical, a tax situation could arise if you receive both workers comp and SSDI. If the combined benefits are more than 80% of your pre-disability income, an “offset” process kicks in.

For example, say your average earnings were $3,000 a month before going on workers compensation, which now pays you $1,700 a month. And you are eligible to receive $1,100 a month in SSDI benefits.

Because that combined total ($2,800) is more than 80% of ($2,400) of your average earnings, your SSDI benefits would be reduced $400. In other words, 80% of your former income is the most you can make in a combined disability benefit.

A workers compensation attorney might suggest you spread out lump-sum payments or shift to Social Security retirement benefits to minimize the offset and avoid tax issues.

Workers comp laws vary from state to state, so it would pay to get legal advice in this situation. But as we noted, most workers compensation claims are straightforward affairs.

You get hurt, you get paid, and the IRS can only watch. 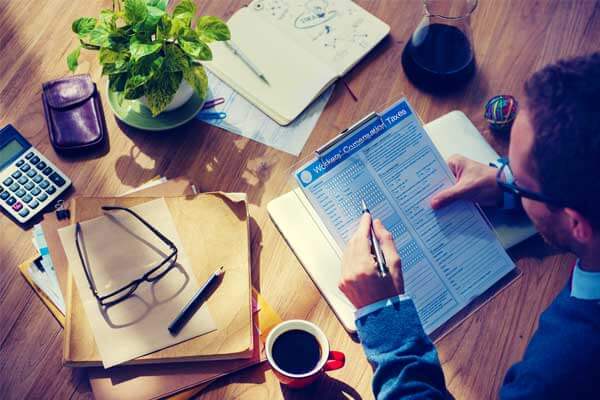