It’s a pain to be injured on the job. It hurts even worse when your employer doesn’t have workers compensation insurance.

What should you do if you’re injured at work and your employer has no workers compensation insurance?

“The safety net for injured workers has holes in it,” said Marshall Adler, a workers compensation attorney in Orlando, Fla.

Here are steps you should take to avoid falling through it.

Your Employer Is Not Insured: Now What?

The first thing to do if you’re injured on the job is to get medical help. You don’t have to ask your employer’s permission for that.

Once your injuries have been stabilized, the payment journey begins. An employer typically has 30 days to file a claim.

If you’re reading this article, we’ll assume you’ve discovered, or at least fear your employer doesn’t have workers compensation insurance. That’s against the law.

There’s enough insanity out there among business owners to keep lawyers like Adler plenty busy. You don’t absolutely have to get an attorney, but it’s highly advisable.

Going through the state-run compensation system is a bit more complicated than a standard filing. And you might choose to file a personal-injury suit anyway.

If that’s the case, you’ll definitely need a workers comp lawyer. Either way, it’ll pay to get legal advice on which route would be best for you.

How Do I Build A Winning Workers Compensation Case?

Every court case turns on evidence. With workers compensation:

Even if such evidence is overwhelmingly in your favor, the battle has just begun. The go-to defense for many employers centers around eligibility for workers comp. They try to claim the worker was an independent contractor.

If the employee files income tax via a 1099 form, the company is typically not liable. But there are exceptions.

Rules vary by state, but employers generally must provide workers compensation benefits if they employ four or more full- or part-time employees. Construction companies must provide it if they have one or more employees.

Independent contractors like consultants, real estate agents and freelancers generally are not considered “employees.” That definition has a huge gray area, however, where many legal battles are fought.

Factors include your working relationship with the company, the amount of control your employer has and the equipment it provides.

“Just because you call yourself an independent contractor doesn’t make it so,” Adler said.

If your employer doesn’t have workers compensation insurance or refuses to file a claim on your behalf, you’ll have to either file a lawsuit or go through the state system.

The state system is less risky, but the potential payoff is also smaller. Rolling the dice could lead to a big payday, or it might leave you with nothing.

Most states have a fund designed to protect people injured while working for an uninsured employer. It is usually funded by a small tax on workers compensation policies written in the state.

The fund pays what the employee would have gotten through a regular workers compensation claim – medical bills, disability benefits and a percentage of lost wages. These are known as “actual damages” in court.

In most states the employee files a claim and the employer has a set amount of time to respond. If it refuses to cooperate, a hearing is set to determine benefits.

The process has a few more potential potholes than a regular workers compensation filing. A lawyer can help you avoid them by preparing the paperwork and pushing the claim through the system.

Personal Injury Lawsuit Against Your Employer

A lawyer is more of a necessity than a luxury if you decide to sue. Why would an injured worker eschew the state system and take this riskier route?

Uninsured employer funds allow you to get more than actual damages. You can seek compensation for losses sustained due to employer negligence. Those losses can include pain and suffering and punitive damages.

Pain and suffering include not only the physical pain you’ve endured, but also the mental pain from emotional distress, fear, loss of enjoyment of life and any kind of negative emotion caused by the accident.

Punitive damages are a sum of money that punishes the employer for its egregious behavior. Between pain and suffering and punitive damages, the award can be many times larger than the actual damages you sustained.

That’s the upside. The downside is it might take years for your case to work its way through the judicial system. During that time, you will not be getting any compensation for your medical bills or lost wages.

Even worse, if you eventually win your case, there’s no guarantee you’ll get paid.
Remember what kind of people you’re fighting. An employer that doesn’t have workers compensation insurance is irresponsible at best, criminally fraudulent at worst.

If an employee wins a judgment, the employer might declare bankruptcy and reorganize under another name in a different location. That’s especially true for smaller businesses that have no real investment in the community.

You can have a can’t-miss case and sue them blind, but chances are you might never see a dime.

“It’s like the earth opened up and swallowed them,” Adler said.

That’s a hole the safety net will never be able to fix. So if you’re hurt on the job, get sound legal advice before deciding how to pursue compensation.

Your injuries are painful enough. A bad decision will only add to your anguish. 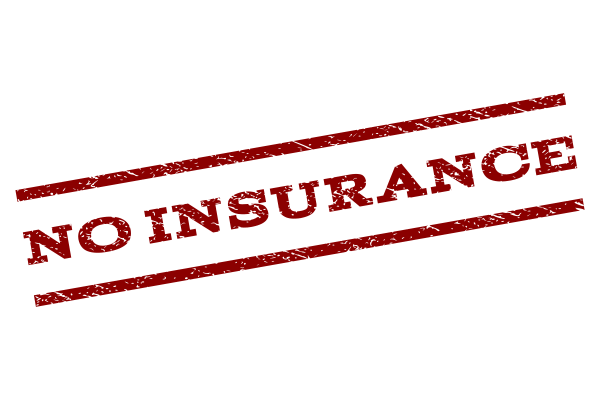