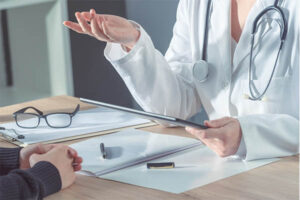 Be forewarned: If you contract an occupational disease on the job, it’s not always a black-and-white situation when it comes to workers compensation claims.

An occupation’s hazard must be established, along with proving the casual relationship between that hazard and the occupational disease. It might seem fuzzy at times, but the bottom-line stakes are crystal clear. According to 2015 estimates by the International Labour Organization, a specialized agency of the United Nations, almost two million deaths each year are attributed to occupational disease.

“A stenographer who gets carpal tunnel is a typical example of a case that is easy to prove and which any competent orthopedist or hand specialist can diagnose,’’ said Edward Guldi, a New York-based workers compensation attorney with The Perecman Firm. “But for respiratory complaints or oncological conditions, the connection can be much harder to make.

“Having a medical provider who is cooperative with your legal team and knowledgeable, not just about medicine but about his role in the workers compensation system, is essential to success.’’

So forewarned is forearmed. In this especially tricky area, with a sliding scale of criteria that varies by state, you need information and documentation that provides realistic expectations of your rights and it indicates what you can potentially collect.

What Is an Occupational Disease?

Catching the flu from a co-worker? Nope, that doesn’t count. That could happen at the park, the mall or the grocery store … along with the workplace.

When a medical lab technician contracts tuberculosis from bacteria after a specimen tube breaks? Yes, that counts because it’s directly tied to the nature of the employment and job task.

It’s generally believed that healthcare professionals and first responders who contract COVID-19 will be covered by workers compensation. Pennsylvania is among the states that has moved toward legislation to recognize the novel coronavirus as a fully compensable occupational disease for those workers.

“This would create a rebuttable presumption that the virus was contracted in the course and scope of employment,’’ said David Stern, a Philadelphia-based workers compensation attorney. “I think we can all agree that our front-line defense deserves this.’’

State laws determine qualifications for occupational diseases. Some are addressed in the workers compensation statute, while others are defined in a separate law. Sometimes, courts determine which diseases are covered.

Filing a Claim for an Occupational Disease

When filing a workers compensation claim, the rules differ between a regular workplace injury and an occupational disease.

The typical workers compensation claim, such as a slip-and-fall accident and broken bone at a job site, has a clear timeline for the injury.

Occupational diseases usually occur over a longer time period, sometimes years, making it difficult to establish a date of injury. In some states, a law or court decision might determine the injury date, which could be when the employee first shows symptoms or perhaps a projection on when the employee was first exposed.

Stern said there are some circumstances when an occupational disease claim is more efficient than one filed for another on-the-job accident.

“From a medical causation standpoint, these (occupational disease) cases are easier to prove since the law creates a rebuttable presumption that the condition is work-related,’’ Stern said. “That is the advantage from a legal standpoint … in contrast with (orthopedic or neurological) injuries (where) the injured worker carries the full burden of proof to demonstrate a nexus between their employment and their diagnosis. There is no ‘presumption’ that it happened at work in injury claims.’’

There is sometimes a statute of limitations on worker’s compensation claims for an occupational disease. Many claims must be filed within a specified time period (two years generally) from the date when the worker was disabled by the disease or learned that the disease was connected to their employment.

Even when you’re no longer working at the job that caused the occupational disease, it’s acceptable to file a claim. Worker have compensable claims when they first learn about the condition, usually when they are told by their doctor. Cumulative trauma injuries — such as pain or numbness in a wrist — develop slowly over time, so it’s common for symptoms to show up after a job change.

Proving Your Disease Is Work-Related

After an occupational disease claim is filed, in some ways, the real work begins.

Many occupational diseases, such as lead poisoning or mesothelioma, are predictably caused by exposure to chemicals, fumes, irritants, dust or other hazardous elements. Some jobs — construction, mining, agriculture and the food sector are prime examples — carry a higher probability of occupational disease.

But some cases are less predictable.

“The difficulty lies in proving that the disabling disease was caused by the workplace itself,’’ said Jerry Lehocky, a partner in the Philadelphia-based Pond Lehocky firm and a former chairman of the Pennsylvania Trial Lawyers Workers Compensation Section. “Many diseases have multiple causes, making it difficult to prove that the workplace was the actual cause. In addition, a person’s family history that includes the disease may add to the difficulty.

“If the disease is not one of the specifically enumerated work-related diseases (spelled out by state law), to tie the disease to the workplace becomes a matter of battling medical experts. And depending on the strength of the experts involved, the odds of successfully presenting an occupational disease claim may come down to whether or not the attorney representing the injured worker has sufficient resources to pursue such a claim.’’

Regular workplace injuries must arise out of and in the course and scope of employment.

“Meet those two elements and you have a compensable claim,’’ Fendon said.

For occupational disease claims, though, the injured worker must meet six elements:

In all states, an illness could qualify as an occupational disease for some workers, but not others.

An illness might qualify as an occupational disease for some workers but not others. Let’s use the previous example of a medical lab technician who contracts tuberculosis from bacteria during a specimen-tube break. And let’s say a data entry worker contracts tuberculosis from an infected employee. The lab technician would likely qualify for an occupational disease claim because the illness was directly tied to the nature of their job. The data entry worker’s illness would not qualify since there was no direct connection to their job (working on a computer).

When there’s a presumption of a worker having an occupational disease, the employers have the burden of proving that the disease wasn’t caused from the worker’s employment.

“Workers compensation is a highly technical area of law and practitioner must stay on top of the ever-changing laws in order to compete with the highly funded legal arms of the insurance industry.’’

When it comes to occupational diseases, medical benefits are usually awarded retroactively. Most states have provisions that cover lost wages in these cases. It’s also typical for attorneys to reach a settlement in an occupational disease case (as well as a regular injury case). The initial trial on causal relationship will take place prior to settlement and the case will often settle when the issues of permanent disability or permanent benefits are being decided.

Meanwhile, the federal government has created two programs, administered by the U.S. Department of Labor’s Office of Workers Compensation, to help with occupational diseases. The Black Lung Program helps miners who are exposed to coal dust, providing disability benefits and death benefits. The Energy Employees Occupational Illness Compensation Program benefits current and former employees of the Department of Energy who contracted cancer or other diseases due to exposure to radiation, beryllium or silica. Workers can benefit from these federal programs in addition to their state’s workers compensation plan.

Occupational hearing loss is the most common occupational disease in America. More than 30 million workers — including flight crew, airport personnel, manufacturers or factory workers, dentists, musicians, athletes, construction workers, farmers and ambulance drivers — are exposed to hazardous noise. About nine million more are at risk from other traumatic agents.

Health care professionals, social service workers, corrections personnel, first responders and other occupational groups who work with populations are at risk for catching an infectious disease.

According to NIOSH, skin diseases account for approximately 20% of all occupational diseases because the skin is the most important route to chemicals and other contaminants. At-risk workers including those in construction, health care, agriculture, food service, auto repair and cosmetology.

Musculoskeletal disorders are common — and costly. Back disorders account for 27% of all non-fatal occupational injuries and illnesses that involve days away from work. The average compensation claim for a low-back disorder was $8,300, which was more than twice the average cost of $4,075 for all compensable claims combined. At-risk jobs include nursing aides, licensed practical nurses, construction workers, truck and tractor operators, carpenters, food processors, automobile assemblers, office data entry workers, grocery store cashiers and garment workers.

More than 200,000 people worldwide are killed from these cancers, which are caused by exposure to a carcinogen at work. Asbestos, second-hand smoke and benzene are the carcinogens that people are most commonly exposed to at work. At-risk workers include truck drivers, roofers, printers, metal workers, manufacturers, welders, factory workers and coal miners.

In general, any worker who is exposed to diesel fumes, nylon fibers and high levels of noise could be diagnosed with an occupational disease.

According to data by the U.S. Bureau of Labor Statistics, these were the industries most prone to job-related workplace illnesses in 2019: 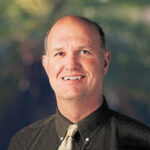 Joey Johnston has more than 30 years of experience as a journalist with the Tampa Tribune and St. Petersburg Times. He has won a dozen national writing awards and his work has appeared in the New York Times, Washington Post, Sports Illustrated and People Magazine. Joey can be reached at [email protected].