Every seven seconds, someone in America is injured at a workplace. In 2017, there were 5,147 workers killed on the job. That’s nearly 100 per week or more than 14 deaths every day.

Those statistics are from the National Safety Council and Occupational Safety and Health Administration (OSHA), which is hard-pressed to oversee the totality of workplace hazards. OSHA has one compliance officer per 59,000 workers.

For an acceptable workers compensation claim, the injury must be work-related and that requires setting some defining parameters for workplace injuries.

You will hear this term a lot in workers compensation claims, but what does it mean?

A compensable injury is caused by an accident that occurs in the course of an employee’s work. From that, the employee injured at work is entitled to receive compensation.

According to a five-year study (2010-14) of workers comp claims by the Travelers Indemnity Company, the most common work-related injuries are:

These five areas account for 71% of the total workers comp claims.

According to the Travelers’ data, inflammation injuries accounted for the most average days off for the worker (91), followed by fractures (78), strains/sprains (57), contusions (27) and cuts/punctures (24).

According to OSHA, out of 4,674 private-industry worker fatalities in 2017, there were 971 (or 20.7%) that occurred in construction. Put another way, one in five worker deaths were in construction.

Here is the Fatal Four:

The “caught in between” category refers to when workers are caught-in or compressed by equipment or objects. That includes being stuck, caught or crushed in collapsing structures, equipment or materials.

It’s different than injuries caused by accidents, which sometimes mean carelessness or not following a proper procedure. Occupational diseases or illnesses can invade a worker’s life through no fault of their own — or simply by being present in the workplace. With a workers comp claim involving an occupational disease or illness, there is generally the burden on the employer or insurer to show that the disease came from another source (other than the workplace).

They are different than traumatic injuries of the muscles, tendons and nerves due to accidents such as lacerations or fractures.

WMSDs are caused by arm and hand movements, such as bending, straightening, gripping, holding, twisting, clenching and reaching. They are part of daily life, but become hazardous in the workplace due to the continual repetition, speed of the movements and lack of recovery time between them.

Workers can notice the onset of WMSDs through joint stiffness, muscle tightness, redness and swelling of the affected area. They might experience sensations of “pins and needles,’’ numbness, skin color changes and decreased sweating of the hands.

Some of the common WMSDs include:

This is a real thing. According to OSHA, an estimated $242-million is spent annually on workers comp for hearing loss disabilities. In 2018, U.S. businesses paid more than $1.5-million in penalties for not protecting workers from noise. OSHA estimates that 22-million people are exposed to damaging work noise each year.

The National Institute of Occupational Safety (NIOSH) and OSHA have set loud-noise standards for the workplace. NIOSH noise standards are set at 85 decibels for an eight-hour period, while OSHA’s permissible noise limit is 90 decibels for an eight-hour period. Employers are required to protect employees with the proper equipment when workplace noises exceed these levels.

If an employee feels their hearing loss was caused by workplace noise, they can undergo an audiogram (a test in a soundproof room conducted by an audiologist or otolaryngologist).

There are a couple of tricky parts here. The audiogram results should be compared to the audiogram conducted upon hiring or from previous employers (sometimes, these don’t exist because there are no mandatory standards). Without that proof, it can result in a battle of wills between the workers comp adjuster and the employee/attorney.

Workers comp standards can vary by state, but coverage generally kicks in if there is a permanent hearing loss or a loss to 10% or more in both ears.

Mesothelioma is a workplace exposure to asbestos, which is the leading cause of occupational cancer in the United States. Asbestos remains in old buildings and schools, so people will continue to be exposed and face mesothelioma or asbestos-related diseases.

Getting a successful Mesothelioma claim for workers comp can be difficult. Most claims must be filed within an established time frame — usually well after there has been occupational exposure to asbestos. Because of that time lag in the diagnosis, there’s usually a much greater success rate in pursuing a personal-injury or wrongful-death lawsuit.

Workers Comp for Stress and Anxiety

According to the American Institute for Preventative Medicine, stress is the chief cause for about two-thirds of all doctor’s office visits. Sure enough, courts recognize emotional or mental stress-related injuries and it’s covered by workers comp insurance.

But only about half of all states support emotional or stress-related workers comp laws.

The burden of proof lies with the employee, who must prove that the stress has reached a level of disability in order for workers comp to be awarded. The stress-related mental injuries can result from one-time events, such as a firefighter experiencing a particularly traumatic fire.

Unlike a broken arm or the loss of a limb, stress-related claims are psychological in nature, not orthopedic or neurological. There is a higher standard of proof due to the nature of the claim.

There are varying levels of stress in all jobs and it is handled differently by each individual. Sometimes, there are heightened levels of anxiety (causing an inability to reason). Sometimes, stress can cause physical manifestations or permanent impairment.

The upshot on stress and workers comp claims: It’s complicated.

Post-Traumatic Stress Disorder (PTSD) is usually associated with military personnel, but it can be experienced by anyone exposed to a traumatic experience.

Even in the workplace.

There are many cases of work-related stress in high-risk occupations, such as police officers, firefighters and emergency medical crews. But other occupations could cause PTSD, depending on whether they cause psychological trauma, hallucinations, flashbacks or nightmares.

Not all cases of PTSD are compensable under workers comp laws, which vary by state.

Some states have coverage if the PTSD was caused by an extraordinary event and others allow claims for psychological conditions caused by stress at work, even if it’s gradual and not unusual for the job. In the cases where PTSD has mental stress that produces mental injury, some states won’t accept any claims, while others have compensable claims only if the mental stimulus is sudden.

In all states where PTSD is a compensable workers comp injury, the PTSD must be diagnosed at least 30 days after the traumatic event occurred by a licensed psychiatrist or psychologist.

Not every injury is covered by workers comp. Some are too minor and incidental. Think of it this way: If the accident can be fixed with a first-aid kit, then it probably won’t qualify.

But there are other reasons why an injury won’t qualify for workers comp:

Commuting to and from Work — There’s a “coming and going’’ rule that applies to injuries for commuters. Travel to and from your fixed work site is not considered within the scope of employment. So, if you’re hit by a car on your way to work, it’s not covered by workers comp. But if you drive a company car, if you don’t have a fixed work site or you were running a work errand, your injuries probably will be covered.

Recreational Activities — Social events such as a company picnic, holiday party or happy hour — might not be covered by workers comp. But some conditions — if the employee was required to attend or if the employer benefitted from the worker’s attendance — could change the dynamics.

Intoxication or Substance Abuse — Most states have workers comp laws that exclude injuries caused by a worker’s intoxication or substance abuse.

Workplace Horseplay and Fighting — Horseplay and practical jokes are considered outside of the scope of employment, so injuries are generally not covered. There are exceptions. If your employer tolerated ongoing horseplay, it will be viewed differently. If you were an innocent bystander, you probably will be eligible for benefits.

Having a pre-existing illness or condition can complicate a workers comp claim. But in most cases, it won’t completely disqualify you from benefits.

Pre-Existing Condition Not Related to Prior Workers Comp Claim — Sometimes, workers can have pre-existing conditions stemming from aging or a prior injury, which is worsened by a work-related injury. You should receive benefits to account for the worsening of the injury based on a doctor’s diagnosis.

Pre-Existing Unrelated Condition — You should receive benefits. Your regular health insurance could cover the pre-existing condition if treatment is needed. 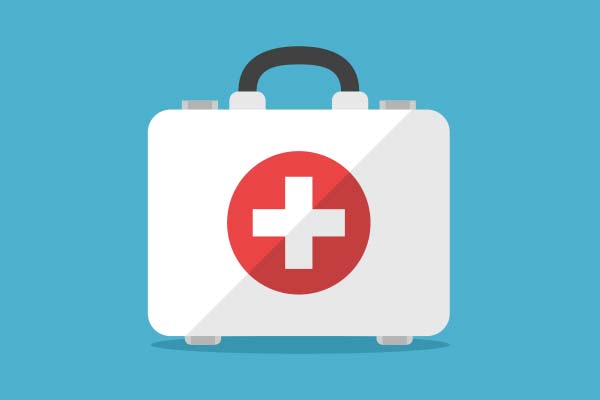 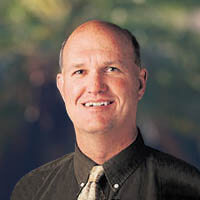