Worcester, Massachusetts, isn’t the industrial hub it used to be, but as manufacturing jobs have diminished, the businesses that replaced them have produced their share of workers compensation cases.

Once one of New England’s biggest manufacturing centers, producing machinery, wire and shoes, Worcester has transitioned to a health care, education (eight colleges) and service economy. The University of Massachusetts Memorial Medical Center (and its Medical School) and the Worcester Medical Center are the medical hubs, and, ironically, a lot of people get injured in medical facilities, said Joseph Agnelli Jr., a 40-year veteran of workers compensation law in Worcester.

“It can be back injuries, knee injuries,” Agnelli said. “We have several nurses that work in the psychiatric wards of these hospitals. They’re assaulted. There are head injuries, neck injuries. I’ve had several  nurses who have sustained severe injuries to their shoulders and backs from lifting patients, catching falling patients, things like that.”

The industrial side of Worcester hasn’t completely dried up.  Saint-Gobain (formerly Norton Abrasives), PriMetals Technologies, the David Clark Company (a manufacturer of aeronautical equipment) and a large UPS center are among the bigger employers where physically demanding work is the norm.

“It’s a challenging field,” Agnelli said. “I like working with people and seeing people benefit from the system. Massachusetts is considered one of the most well-run workers’ comp systems in the country. We have some great judges, great people staffing the board.”

But that doesn’t mean the injured worker always can navigate the system without help.

Reasons to Hire a Workers Comp Attorney in Worcester

Though respected, the state workers’ compensation system isn’t for novices, Agnelli said. Many of his clients come after showing up in court and being advised that going in without legal representation isn’t a great idea.

“The process can be complicated,” Agnelli said. “When they first get into it, they think they’re going to be well provided-for by the insurer when, as time goes on, you realize that may not be the case. At some point along the way, they realize, ‘I’m not sure I’m getting all the answers and not getting all the advice I need in taking advantage of all the benefits I’m entitled to.”

Some of the signs you need an attorney are:

What Do Workers Comp Attorneys in Worcester Do?

The biggest advantage to having a workers comp attorney on your side is the attorneys know all the benefits injured workers are entitled to receive. For instance, if a worker injured on the job also has a second job, that worker might also be entitled to benefits for time lost on the second job, which is called a concurrent wage claim. Also, Massachusetts workers comp rules provide reimbursement for the travel expenses of injured workers seeing treatment, including mileage, parking and tolls.

“Some insurers will take the high road and say you’re entitled to this, but many don’t,” Agnelli said. “Driving back and forth from Boston to Worcester or vice versa: That’s a good 40 miles each way. They don’t realize they’re being shorted out on that reimbursement, so we educate them on that.”

Workers comp attorneys also know the kind of documentation that’s required in court. A doctor’s note isn’t going to cut it. Here are just a few of the things you can expect an attorney to do to make sure you receive all the benefits you’re due.

“The process is designed to be beneficial to the injured worker, but you have to prove your case,” Agnelli said.

How Much Does a Workers Comp Attorney in Worcester Charge?

The bottom line for attorney fees in Massachusetts is this: The attorney doesn’t get paid unless the injured worker gets paid. It should not cost an injured worker anything to discuss a case with a workers compensation attorney.

Massachusetts law set out two ways workers comp attorneys get paid. Most common, Agnelli said, is that the attorney files a claim on the employee’s behalf and the insurer either agrees to pay or is ordered to pay by a judge. The insurer is obligated to pay a flat attorney’s fee and expenses. There is no retainer or hourly fee that the employees have to pay.

Handling a Workers Comp Case on Your Own in Worcester, MA

The first step in a workers comp case is to notify your employer. That will kickstart the process of filing a workers compensation claim. If your claim is denied, you have the option to appeal the decision.

The process for injured workers in Massachusetts filing a workers compensation claim begins with immediately notifying your supervisor, or at least a co-worker of the accident so there is a witness.

Seek medical treatment right away, but if there is time, use a smartphone to take pictures at the scene in case they are needed to settle future disputes. After receiving treatment, check with your supervisor or your employer’s human resources department, to be sure a claim has been filed.

To file a claim, you will need a laundry list of paperwork that includes:

You should make copies of all the information and attached them to a claim form. Keep the copies handy for later stages in the process. If you fail to provide any of the necessary paperwork in filing your claim, the DIA can deny the claim right away.

Having that long list of specifics is the first of several reasons you should consider contacting an attorney, early in the process. Even the Department of Industrial Accidents recommends you hire a workers comp attorney to steer you through the process.

Deadlines for Filing a Claim

Officially, the deadline in Massachusetts for an injured worker to report an injury is four years, but the reality is … the sooner the better!

So many things can happen in just one week – let alone four years! – that it’s just common sense to let you employer know the day an accident happens.

Other important deadlines to keep track of:

The employer’s first responsibility is to cooperate with the insurance company, meaning notify them of the accident and tell them if the employee has missed five days (not consecutive) of work because of the injury.

The employer also should be prepared to:

There is a hard-and-fast rule on insurance companies: they have 14 days to tell injured workers whether they will pay the claim or deny it.

If the claim is denied, the insurance carrier must provide a list of specific reasons for denying the claim and grounds they used for each of the reasons.

The insurers have an obligation to get the injured workers copies of their records.

How to Appeal a Workers Compensation Claim in Worcester

If insurance carrier denies or wants to modify claim benefits — or the injured worker disputes the carrier’s decision — they must file a form 110 – Employee Claim with the Department of Industrial Accidents (DIA) to begin an appeals process.

The appeals process is a four-step action, during which either side can dispute the outcome and move on to the next stage, or, more likely, come to resolution.

The process begins with conciliation and includes a conference, a hearing and finally, a presentation to a review board.

Here is a look at what happens on each step of the way.

Once a claim is filed, the DIA will schedule a conciliation meeting, typically within 3-4 weeks. Conciliation is a meeting between the injured worker, his/her attorney (if they have one), the insurance carrier representative and a conciliator from the DIA to discuss what benefits the worker is qualified to receive.

The worker should bring documentation of the accident as well as at least one of the following items to a conciliation:

Sometimes, the carrier will ask for more time to investigate the accident and will be granted an extension of 3-4 weeks.

At this point in the process, even the government website strongly recommends that injured workers hire an attorney.

Directions to the DIA office in Worcester:

A conference proceeding is a more formal meeting where the injured worker, their attorney (if they have one), a lawyer from the insurance carrier and an administrative judge try to resolve disputed issues.

If the issues are resolved, the judge will issue a temporary order that says whether benefits must be paid and what modifications, if any, there are in benefits. If the insurance carrier denies the claim, the judge will address that, too.

If the claim is denied, the worker or his/her attorney can file an appeal within 14 days and the matter goes to the “hearing” level.

A hearing is a formal trial of the case where the rules of evidence apply and a court stenographer records the entire proceeding.

At the hearing level, witnesses will be called; depositions will be filed; and the judge can ask for both sides to submit new evidence and oral testimony.

The judge will then issue a decision, usually within 30-90 days, which can be appealed by either side and sent to a Review Board.

The Review Board is a panel of three judges who will review the transcripts from the hearing, receive briefs from the parties and may hold oral argument. The judges then decide whether to approve, modify or reverse the original decision.

If either side wishes to appeal again, the next stop is Massachusetts Court of Appeals. Most cases are resolved before reaching the Review Board level and very rarely do cases proceed to the Appeals Court or beyond, to the Supreme Judicial Court. 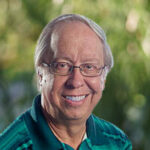 George Morris’ 40-year writing career includes stories on Super Bowls, evangelists, World War II veterans and ordinary people with extraordinary tales. He has been honored with awards from the Society of Professional Journalists and the Louisiana Press Association. His recent focus has been personal finance advice and now, workers compensation. George can be reached at gmorris@workerscompensationexperts.org.