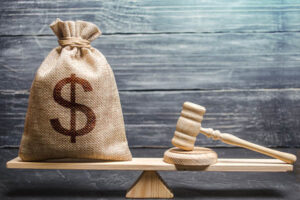 There are many scenarios where a worker injured on the job can both file a workers comp claim and simultaneously sue a third party allegedly responsible for the injury.

A third party can be any entity other than the employer that was directly involved in the work-related accident that led to the workers comp claim. Third-party lawsuits most often involve motorists, customers or manufacturer of a defective product.

What Is a Third-Party Lawsuit?

A third-party lawsuit arises when you believe the negligence of someone other than your employer caused the injury in question. Why would it make sense to both file a workers comp claim and sue a third party? It comes down to compensation. Unlike a workers comp claim that strictly limits the compensation the employee is entitled to (typically medical bills and lost wages), in a third-party lawsuit the plaintiff can also sue for such damages as future lost income, replacement services and pain and suffering.

Read About: When You Can Sue Your Employer

How to Win a Third-Party Lawsuit?

To prevail in a third-party lawsuit, you must prove that the third party both owed you a “duty of care,” and violated it. In other words, they disregarded their responsibility to take the appropriate steps to avoid causing harm to others.

You also need to prove that your injury directly resulted from the third party’s breach of its “duty of care” and that you suffered verifiable damages.

Damages in a third-party lawsuit can include both special, or economic ones, such as lost wages, medical bills and other out-of-pocket expenses, and special, or non-economic damages, such as pain and emotional trauma.

By proving that the third party owed you a duty of care and that you were injured as a result of its failure to provide it, you can establish that the person or business entity was negligent and therefore responsible for the injury.

The final piece of the puzzle is to show how much compensation you deserve for the injury in the form of special and general damages. One exception to this burden of proof, however, is a third-party liability lawsuit stemming from a product defect. In such a case, the plaintiff may be able to bring a strict liability lawsuit in which the worker only needs to prove there was a defect in the product and that it caused an injury.

If the worker prevails in the suit, however, he or she typically is required to repay workers comp benefits that were already received, what is otherwise known as subrogation.

In many cases, the workers comp insurer will file a lien for reimbursement in such a situation, said workers comp attorney Mark Berg of Concord, California. Berg said he has seen instances where the insurance carrier failed to follow up for whatever reason and the plaintiff ended up retaining all the benefits obtained through workers comp in addition to damages awarded from the third-party lawsuit.

Berg, who has litigated workers comp cases for over 25 years, said in his experience, the most common third-party lawsuits involve vehicular accidents that occur when an employee is on the road and injured by another motorist; he is currently working on a handful that fall into that category. He is also representing a plaintiff in a defect lawsuit involving a chair that collapsed when the employee was sitting on it, causing a broken tailbone.

Any worker, whether a taxi driver or office assistant running an errand for a boss, who gets behind the wheel of a car while on the job runs the risk of being injured by another vehicle. If the other motorist was responsible for the accident and resulting injury, the employee can sue that person for compensation.

Accidents on a Construction Site

Not surprisingly, there are no shortage of dangers on construction sites and possibilities for workers to be injured. There is also typically no shortage of independent companies working on such sites, from subcontractors to architecture and inspection firms, so the possibility of being injured because of the negligence of an employer other than your own is high.

Employees often find themselves using all sorts of tools, equipment and other products that are manufactured by third parties. If a defect in the product causes an injury, the employee may have grounds to sue the product’s manufacturer.

Toxic torts refer to lawsuits involving the exposure to chemicals or toxins that cause health problems or injuries. Unfortunately, modern society routinely brings workers into contact with a wide range of toxins, from asbestos and lead paint to mold and potent chemicals. If you are injured by exposure to such a toxin that results from the negligence of a third party, you can sue in addition to filing a workers comp claim.

Many workers routinely ply their trade at a variety of locations, be it a painter, plumber, electrician, appraiser or attorney. If your work-related injury was caused by a hazard on a property owned by someone other than your employer, you may have grounds to sue the property owner for negligence.

With few exceptions, most jobs involve some level of contact with others or the general public. And with contact sometimes comes conflict, including of the physical nature. If tempers flare on the job and you are assaulted by someone other than your employer, you can sue that person for any injuries you may have sustained. 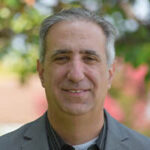