An Independent Medical Examination (IME) is an attempt to confirm – or more likely, to dispute – the treating doctor’s management and care recommendations for an injured worker.

The Independent Medical Examiner is supposed to act as a neutral third-party who reviews the medical records presented by the treating doctor; conducts tests to substantiate or counter those findings; recommends future care needs and offers an opinion on what medical benefits, if any, the employee should receive in the future.

The popular theory is that Independent Medical Examinations are most often requested by the insurance carrier who disagrees with the prognosis for the injured worker’s future care. However, in the last few years, the worker’s attorney is just as likely to request an IME and for exactly the same reason: they disagree with the treating doctor.

“The IME is an invaluable tool for the injured worker’s lawyer,” said Scott Uricchio, who has been representing injured workers for 25 years at Morgan and Morgan, the largest law firm in Florida. “Workers compensation in Florida is not a level playing field. Everything is set up to favor the insurance company, especially if the only doctor my client gets to see is one the employer or insurance company has approved.

What Happens at an IME?

The first thing you should know about an Independent Medical Examination is that you are not the IME doctor’s patient. This doctor is not there to provide medical treatment for your injury. The doctor is there to obtain contradictory information on behalf of whomever hired him/her.

It is advisable to bring a third-party witness to the examination and have that person take notes of what is being tested or asked during the exam. If permitted, videotaping the exam is the best way to make sure there is an accurate record of what was done.

That said, the IME physician has a responsibility to act in a professional manner. When you come in the examining room, the doctor should have reviewed your medical records, looked at x-rays or MRI tests, seen the medications prescribed – basically know you as well as any doctor can know a patient they are seeing for the first time.

Armed with that knowledge the IME doctor likely will begin by asking a series of questions about the accident and maybe conduct a series of tests to assess your range of motion, reflexes, pain tolerance, sensitivity and discomfort you experience from an injury.

IME doctors are looking for signs of deception, meaning exaggeration of pain or symptoms, whether that comes during the physical exam or in answering questions about the injury. It’s important to know how to deal with workers comp doctors, and to be sure you understand every question before answering. There is nothing wrong with a simple “Yes” or “No” response. If you’re not sure about the question, ask the doctor to clarify it.

There is no reason to take more x-rays or MRIs or anything beyond simple, physical tests to verify (or contradict) the results your treating physician already documented. Don’t agree to any written tests or visits to another doctor’s office for further examinations.

IMEs usually take around 30 minutes, but could be over in 10 minutes. Make a note of how much time was spent. There is only so much “history” an examining doctor can absorb from one meeting with a patient.

If your case goes to trial, what happens during an IME is crucial to the outcome. You could be denied benefits because of what an independent medical examiner concluded from his examination. Be prepared to dispute any conclusions.

Tips for Preparing for an IME

The most obvious recommendation for someone going to an independent medical exam is to understand that the doctor you’re seeing is not on your side. The doctor is being paid by the opposition to poke holes in your story.

With that in mind, here are some suggestions that should improve your chances of success:

What Is in an IME Report?

Doctors performing an Independent Medical Examination follow a pretty standard template for the process that addresses issues related to the injury and severity. The evaluations usually take about 30 minutes, but can be less, depending on the extent of the injuries.

When finished, the IME doctor will fill out a report that included information about:

The IME doctor sends the report to the attorneys for the case and the Judge. If one side disagrees with the IME’s conclusions and the case proceeds, the IME can be deposed and called to testify at a trial.

The same side that paid the doctor for the medical exam will also pay him/her for their time at a deposition and/or hearing.

Do You Have to Go to an IME?

In three states (New Mexico, Oregon and West Virginia), the choice varies, depending on who your employer is.

Regardless of who you see first, there is a strong possibility the opposition will want you to see a doctor of their choosing at some stage of the game. The results of the IME weigh heavily on what sort of medical benefits and indemnity (cash payouts) the employee will or will not receive.

In fact, if your injury involves multiple body parts – you suffered neck, back and knee injuries in the same accident, for example – you likely will have to go to IMEs for each one. And in many states, the laws allow for two IMEs per year for each injured body part.

Is an IME Really an “Independent” Examination?

One of the few things that both sides in workers compensation cases agree on is that an Independent Medical Examination is not “Independent.” In fact, there is some movement to take the word “independent” out altogether and change the name to “Compulsory Medical Examination” since the injured employee must attend.

The doctors conducting an IME are hired and paid for by one side. That is a built-in bias. If the IME doctor goes against the insurance company too often, they will not get a call to handle the next case. If they do side with the insurance company, they probably will cash a second check for as much as 3-4 times more than the original fee, to serve an expert witness in a trial. That makes it a lucrative freelance assignment for doctors and makes it exceptionally difficult to remain “neutral” in their role. 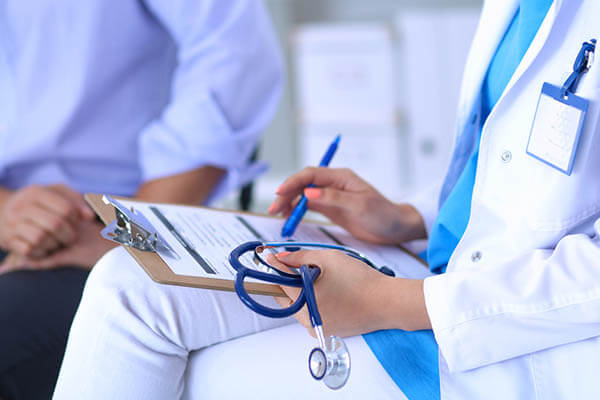