What Is Maximum Medical Improvement (MMI)?

Maximum medical improvement (MMI) is when your treating physician declares that your medical condition is stable and unlikely to improve with further treatments or surgeries.

“In other words,” says 30-year workers compensation attorney Royce Hoskins, “the doctors believe you are as good as you’re going to get.”

Unfortunately, some people interpret that to mean they are 100% healed, which they are not. It’s extremely rare that anyone who gets injured – especially a serious injury – gets back to 100%, or anything close.

“MMI doesn’t mean you’re perfect,” Hoskins said. “That’s a misconception a lot of people make and I have to tell them they’ve got it wrong.

“MMI means the doctors can’t do anything further to improve your condition. You’re there … and you’re not getting any better.”

MMI is a critical point in any workers compensation claim. It brings up a lot of questions the worker has to answer, things like:

The employer and insurance company, which has been paying for medical treatment and lost wages and waiting for the doctor to say the patient has reached MMI, have to answer the same list of questions from their angle.

So, if you look at medical treatment and rehabilitation as the first part of the MMI story, what happens when the doctor declares a patient has reached MMI – and how the two sides react to it – is the second, and perhaps more complicated side of MMI.

What Does MMI Mean?

MMI is an acronym for Maximum Medical Improvement. It happens when a qualified medical expert, typically the patient’s treating doctor, determines that the worker’s condition is stable and unlikely to improve with different treatment or medicine.

Perhaps just as important: MMI does NOT mean that you are back to 100%.

For example, a worker could get injured in a slip-and-fall accident that badly damages their arm. Doctors could treat it for four weeks, four months or four years using MRIs, x-rays, surgeries, medication and rehab, but the pain still persists.

At some point in the treatment, doctors could decide that the worker has reached MMI and will have to find a way to deal with the pain the rest of their life.

However, MMI is a subjective condition. Another doctor could do an examination and come up with a different result. It’s one expert’s opinion versus another.

But what happens if you (or your attorney) finds a doctor across town who does his own examination and says the newest surgery, rehab technique or prescription treatment is just the thing to make you feel better.

Which doctor is right?

“Depends on who the judge believes,” Hoskins responded.

Which means you’ve got to add one more opinion – the judge’s – into the mix that ultimately decides whether or not a patient has reached MMI.

What Happens After MMI in Workers Comp?

When a worker has reached MMI, the monetary compensation and legal wrangling crank up to a new level. If you don’t know the laws and all the benefits available, now really would be a great time to hire a workers comp attorney.

Insurance companies are obligated to continue paying for medical treatment related to the injury after MMI, but how long they must pay varies from state-to-state. That’s why you must do your own research, or hire an attorney.

Your wallet likely will be the first place you’ll feel the impact of having reached MMI. When an injured worker reaches MMI, the insurance company is no longer obligated to pay Temporary Partial Disability (TPD) and Temporary Total Disability (TTD) benefits. The weekly wage-loss paycheck you received while recovering from an injury, stops immediately, in most cases.

Many times, however, the injury is too severe for a worker to return to his/her job in the same capacity. When that happens, the parties involved have to reach an agreement to modify the job so the employee can work around the injury or negotiate a workers comp settlement to resolve the matter.

If your injury is serious enough that you can no longer work, you could be eligible for life-time benefits through Permanent Partial Disability (PPD) or Permanent Total Disability (PTD) payments.

When a case reaches this point – doctors from both sides agree the injured worker has reached MMI and there is some permanent damage that will restrict (or eliminate) the workers ability to earn wages – the parties involved usually try to reach a workers comp settlement.

A settlement typically is a lump-sum payment to the injured worker that releases the employer/insurance company from any further obligations to pay benefits. In most cases, if the worker accepts a settlement, he/she must resign from the company.

“This is what I call ‘Workers Comp Divorce’,” Hoskins said. “The insurance company is essentially paying you to go away and if you don’t have an experienced attorney helping you out at this point, you’re 100% dead in the water.

“There is no way a lay person can understand the laws, know the medicine and know what it takes to get through the system successfully.”

Lawyers for insurance companies know that and, not surprisingly, put a low-ball offer on the table to see if the injured worker responds.

However, an injured worker should know these things factor into what a final settlement offer should include:

“There are a lot of numbers you want to consider before deciding whether to accept a settlement offer,” Hoskins said. “A good workers comp attorney will run those numbers and let his client know about what the offer should be.

“Then it’s up to the other side and see what they put on the table. I’d say 80%-90% of lawyers want to settle, but you get some that will put up a fight and it could go on for a year or two.”

What Happens If Your Injury Worsens after MMI?

The definition of MMI is that the doctors have tried every available treatment and determined that you aren’t going to get any better.

What that definition doesn’t say is: Your condition may get worse.

What happens if your condition gets worse?

For example, the back injury you suffered may be fine for a few weeks, months or even years after MMI is declared and then, as often happens with the human condition, things suddenly go bad. The injury gets aggravated and the pain returns.

If you sign a settlement agreement that doesn’t account for the fact things could get worse, you have forfeited your right to have that problem paid for by the insurance company.

A good attorney could argue that if the back is reinjured, then medical treatments – and Temporary Permanent Disability payments – should start back up until the worker reaches another MMI.

That’s why – again! – it is highly recommended you consult an experienced workers compensation attorney who will see to it that you receive all the benefits – present and future – that you are entitled to from a claim.

There is a backup in this situation. Workers comp settlements have to be approved by judges in most states, but it’s always in an injured workers best interests to have an attorney handling the case from start to finish. 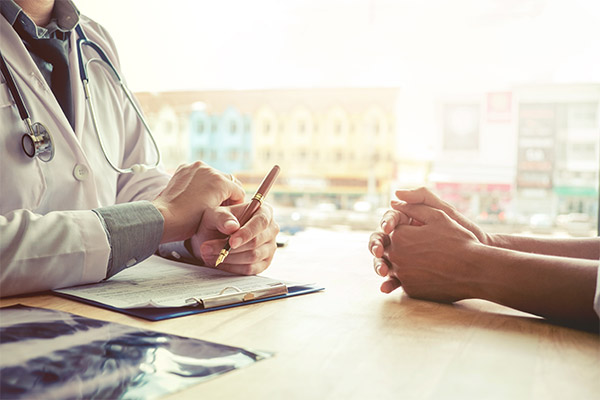