HomeBlog Can I Get a New Job While on Workers Comp?
Disclaimer

Can I Get a New Job While on Workers Comp? 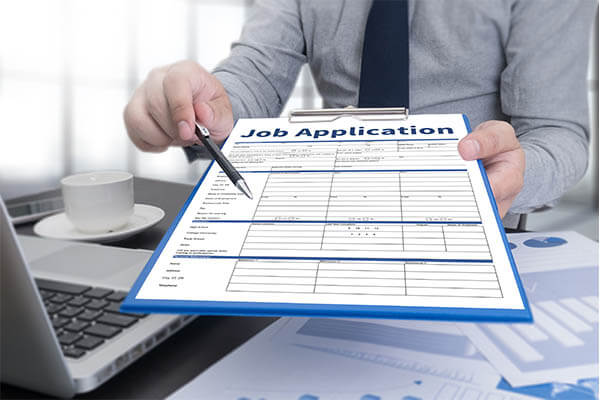 Employees who have qualified for workers compensation benefits can’t be faulted for thinking about a new line of work while they recover — or even when they’re back on the job. Maybe they want something safer, or less physically taxing. Perhaps they want to learn new skills, take their talents in a fresh direction, or experience a different set of challenges.

Maybe, if the work environment isn’t supportive of sidelined employees, it’s as simple as not having the appetite for facing supervisors or coworkers where they were injured or got sick.

Presumably, if you’ve arrived here seeking information about whether you can switch jobs and keep your workers compensation benefits, you have reasons of your own.

Changing Jobs While on Workers Comp

On the other hand, an open claim is not a license to goldbrick or otherwise cause workplace problems. Claimant employees can be fired if the employer can demonstrate the cause(s) of action had nothing to do with the workers comp claim. If your preference is to stay, buck up.

If you’re seriously toying with a job change while collecting workers comp benefits, however, you’re sure to have questions.

The short answer to these and other compelling questions is: It depends. Also: It’s complicated.

“There is nothing that prevents an injured worker from taking another job,” says Tampa Bay area workers compensation attorney Sarah Barkley Raaymakers, “but … doing so can affect what benefits will be available to the injured worker.”

Nationwide, a unified principle guides workers compensation: Help injured/sickened employees get the treatment and financial support they need without having to take their employer to court.

However, carrying out this mandate varies in the details from one state to the next — and it’s not mere regionalism at work. Even neighboring states can have radically different statutes governing how workers comp fulfills its obligation.

“Starting a new job can result in the reduction of benefits, especially where the worker makes more at a new job,” says Andrew Garza of the Connecticut Trial Firm. “Leaving the job where you were injured can also have an impact on the types of benefits you are entitled to in a final settlement of your case.”

Given the variety of factors involved, Garza stresses, if you’re determined to look for a new job while your workers comp plan is still playing out, consult a qualified workers comp attorney — and make certain it’s one fluent in the laws of your state, not a cousin who practices law halfway across the country.

How a Job Change Could Affect Medical Benefits

Keeping your workers compensation medical benefits intact should be a key consideration as you weigh a job change. You don’t want to be halfway through a rehabilitation regime crucial to your recovery, and lose the balance of it because you switch employers.

Luckily, there is little likelihood that a job change will result in being stripped of medical benefits.

“Whether a worker leaves voluntarily, is let go, or is even terminated for cause,” Raaymakers says, “that worker is still entitled to medical benefits as long as the major contributing cause of the need for treatment is a work-related injury and the worker is seen by an authorized workers comp doctor at least once per year.

“Staying with that employer is not required.”

After all, it’s not the employer that’s paying for your medical treatments, notes Atlanta attorney Steven Hasner. It’s the employer’s insurance company.

Even if the injured employee changes jobs, Hasner says, “The insurance provider will still be responsible for paying costs related to reasonable and necessary medical care. … An injured worker can continue to recover workers compensation benefits, even if they’re no longer employed by the same company.”

The wrinkle: If the hobbled worker’s new job requires tackling duties only a healthy individual can perform, (s)he may be declared fully rehabilitated and no longer entitled to medical support.

“It’s important,” Hasner says, “to make sure that any decision to switch jobs is discussed thoroughly with a workers compensation lawyer. An attorney can help guide a worker through a switch, inform necessary parties, and navigate discussions with insurance providers.”

What happens to lost-wage benefits is murkier. And it’s mostly about the 80% solution.

The lost-wages benefit is triggered only if the authorized doctor sidelines the worker entirely, or mandates restrictions that result in earnings below 80% of the worker’s previous average weekly wage. Those physician-prescribed restrictions include being placed on light duty, working fewer hours, or missing work for physical/occupational therapy and doctor’s appointments.

If the worker takes a new job that pays more than 80% of his/her previous average weekly wage, the lost-wages benefit ends. You can’t double-dip. And don’t even think about trying to keep your new job a secret. Workers comp laws direct the beneficiary to file an affidavit attesting to the details of his/her new employment.

If the worker takes a new job that pays less than 80% of his/her previous average weekly wage, and the lower pay is attributable to the workplace injury or illness … it can get complicated. The worker may claim the former employer should kick in lost-wages benefits, but it most likely will take a workers comp attorney to make that argument stick.

Thinking of quitting? Don’t. Temporary disability benefits are designed to help bridge the gap until the employee can resume working, either at full capacity or performing light duty. Resign and the employer is likely to assert the employee has severed his/her relationship, ending any obligation to pay wage-replacement benefits.

Again, it’s wise to consult a workers comp lawyer to understand how quitting will affect your benefits.

An attorney will also tell you if you’re thinking about shooting for an injury settlement, you better put those job-change plans on hold.

There’s no harm in looking for that next opportunity, says Mississippi attorney Matthew Lott. “Nothing prevents you from looking to improve your life,” he says. But actually taking that next job “isn’t advised until your case is resolved or settles. Your benefits may be comprised.”

“For settlement purposes,” Raaymakers says, “it can be advantageous for an injured worker to still be an employee at the time of settlement negotiations.”

Your continued presence on the payroll, Raaymakers notes, is a bargaining chip: Employers are reluctant to settle a case with a worker who’s going to stick around, possibly get hurt again and file another claim, potentially for precisely the same injuries they just settled over.

‘The possibility of future injuries is a potential risk only if the worker is still employed at that company,” Raaymakers says. “If [the employee] already stopped working for the employer, they will still value the current claim but there would be no concern for future injuries and less incentive to try to get the case closed to avoid further claims.”

As you recover, your physician may clear you for — and your employer may offer — light-duty work, which is pretty much what it sounds like: You will be placed in a less physically (or, if appropriate, mentally) demanding job until you have fully recovered. Or, your existing job might be altered to fit your doctor’s restrictions.

The key phrase above is “your employer may offer.” Few states have laws nudging employers toward providing light-duty assignments, and even those states allow employers plenty of wiggle room.

If your doctor clears you and light duty is offered, and you (and the workers comp lawyer you have retained by now) believe you are capable, settle on a date of return and honor it. Otherwise, you may lose your workers comp benefits. If you and your counsel believe the doctor who cleared you is wrong, you can appeal to another authorized doctor or the local workers comp panel.

In cases where you and your doctor agree you’re sufficiently recovered to tackle light-duty work, but your employer has none to offer, what then? You might be encouraged to spend your Family Medical Leave Act (FMLA) benefits — up to 12 weeks of unpaid leave — to hold your spot at the workplace.

You might not be in a position to endure 12 weeks without a paycheck. A further complication: Because you have been cleared for light duty, the insurance company may dig in its heels about continuing to pay for lost wages.

If you find light-duty work elsewhere, but the job doesn’t pay comparably to your pre-injury wages … it gets even more complicated. You may be entitled to Temporary Partial Disability payments … or not. New York workers comp attorney Edward Guldi explains how that can play out:

“Reduced earnings awards are available to injured workers who meet two criteria: They must return to work at both a lighter physical occupation, or fewer hours, and they must have an actual reduction in earnings compared to their pre-injury wages.

“An injured worker who can claim reduced earnings receives two-thirds of the difference in pay between their former employment and their current employment.

“The difference is $1,200, two-thirds of which is $800. … The carpenter will receive $800 in reduced earning benefits in addition to his $500 weekly salary as a cashier. Based on the degree of the injured worker’s loss of earning capacity, they might be entitled to these payments for a period of five to up to 10 years.”

What If the New Job Is In Another State?

So the job you’re interested in is in another state, and you’re worried the move may affect your workers comp benefits. You are wise to be wary … but only to a point.

While it’s true workers compensation laws vary among the states, taking a new job in another state does not mean your claim transfers, too.

Florida would retain jurisdiction. Disputes would be resolved in Florida, and Florida’s laws would apply.

Raaymakers speaks from experience. Her firm represents clients across America and, indeed, in other countries. The problem comes when workers with additional medical concerns move from states with low compensation rates to states with higher rates.

The result, Raaymakers says, is “it can sometimes be difficult to find an out of state doctor who is willing to accept the Florida workers’ compensation fee schedule. So it’s not a legal problem to move out of state, it just involves some potential logistical hurdles.”

Again, this is where a workers comp lawyer can be invaluable — especially one from a firm with a multi-state footprint, one who can guide you through the key steps in a successful relocation:

No matter how excited you nail down that post-injury opportunity, if you’re still receiving workers compensation benefits — and you want them to continue — any new job you take must fall within your medical restrictions.

Your treating physician is the authority on the extent of your disability, course of your treatment, the progress of your recovery, and the restrictions under which you may return to work.

Be proactive: Make certain your doctor is maintaining thorough, accurate medical records; these can serve as critical, even pivotal, evidence in your workers comp case. Meticulous, consistent documentation of your injury/sickness, treatment, and recovery should lead to fewer conflicts with the insurer.