The case for establishing a return to work policy for injured workers seems obvious – you hate to lose an employee for any reason – but remains a sore spot for many employers and employees.

Employers often refer to their employees as a “team” but the team doesn’t always believe management has their best interests at heart, particularly when they are injured.

If that’s the case with your “team,” consider treating injured members the same way the New Orleans Saints managed quarterback Drew Brees during the 2019 season. Brees, the NFL’s all-time passing leader, severely injured the thumb on his throwing hand the second week of the season. The 40-year-old had surgery a few days later that could have been season-ending at best, career-ending at worst.

Instead, he was back at work six weeks later thanks to the backing of Saints ownership and the efforts of the team’s medical staff. He rewarded them with another Pro Bowl season that included breaking the NFL record for career touchdown passes and setting a new record for efficiency by completing 29 of 30 passes in one game.

His comeback and success obviously were a team effort.

“Even though industries differ, how athletic teams treat an injured player – how you get a person back on the field and being productive – is exactly what workers compensation is about,” Rosa Royo, the Director of Workers Compensation for the 40,000 employees in Miami Dade County’s school system, said.

Unfortunately, not all companies operate with that positive an attitude. A 2016 study by Workers Compensation Research Institute showed that from 10%-18% of injured workers never reach “substantial return to work,” meaning remaining on the job for at least one month after returning to work.

So, what’s the best way to keep a productive employee after they’ve been injured?

Here’s five tips that should help.

1. Develop a Process for Getting Employees Back to Work

Most employers have a process for what happens when a worker is injured – notify your supervisor, get the medical care immediately, etc. – but there isn’t always an understanding of what happens after that first visit to the doctor or emergency room. Companies need a manual or pamphlet or, better yet, an online document that answers questions like:

2. Talk to the Doctors

Before you send an injured worker to a clinic or hospital, give him a job description to hand to the doctors so there is no confusion about limitations bringing him back to work.

Doctors offer routine recovery times for injuries without regard to how that affects the employee’s ability to do their job. It may take six weeks for a knee injury to heal, for example, but if the employee sits at a desk to do their job, do they really need to wait six weeks to go back to work?

It becomes troublesome on both sides when the doctor gives the injured employee a list of restrictions that don’t affect their ability to do their work.

“Now, everybody is mad,” said Margaret Spence, a nationally-recognized consultant on workers compensation issues and CEO of C. Douglass & Associates. “If someone is an accountant and sprains an ankle, he doesn’t need his ankle to do his job, but the doctor never took that into consideration. He kept him out longer than he should have and he wrote out the list of work restrictions that makes it worse.”

And that’s why you make sure every doctor who treats one of your injured employees, has a job description for the employee in his file.

3. Create or Find a Retraining Program

Surveys say that somewhere around 85% of injured employees return to work, though not always with the same job they held before getting hurt. Retraining programs can open the door to discovering new skills in the workforce or, at least help employers get something productive from the employee while he/she finishes recovering from the injury.

The training programs can be as simple as teaching the employee to answer phone calls or deal with customers to having them take skills test that uncover talents they may have that are needed in your workplace.

“When someone goes through a retraining program, you’re almost always going to come out with a better employee,” Rosa said. “I think it’s always a good thing to have.”

4. Don’t Get Stressed If Employee Hires a Lawyer

If the matter ends up going to court, or there is need for negotiating a settlement, it’s in the employee’s best interest to have legal representation. Respect their right to have a lawyer.

More importantly, don’t make decisions based on the fact they have an attorney. Make them based on the policies you have established.

“Do not personalize a claim,” Royo sad. “It’s important to remember that you have a process and you follow that process without letting emotions get involved.”

“It’s not personal,” Spence said. “Employees have a God-given right to have an attorney. The real question is: Can I salvage the relationship?”

5. Communicate Expectations to Everyone in the Company

Regardless of the company’s size, employees gossip and no subject is more full of exaggerated gossip than workers compensation.

And the exaggerations double when the subject is what the company does to help employees get back to work.

“The workers think nobody cares about them because they’re injured and the management thinks the workers are faking their injuries,” Royo said. “They’re both wrong.”

There are three easy and obvious ways to cut through the gossip and help bring some facts to the workers compensation discussions:

“We’re asking employees to follow procedures so they can get back to work as quickly as possible in a productive capacity,” Spence said. “And we’re asking employers to use alternative work arrangements or modify jobs so the worker can be retained and be productive.”

“Does it mean that both you (employee and employer) are going to have to reimagine how things are done? Probably!” Roya said.

“But when somebody gets hurt, all the conversations should start with something like ‘when you get back to work … or, as soon as you return to work …’  so the employee knows that he or she matters and is valuable to your company.”

It just takes a team effort. 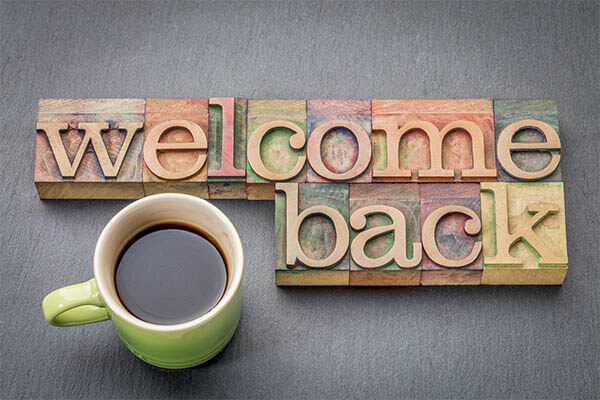